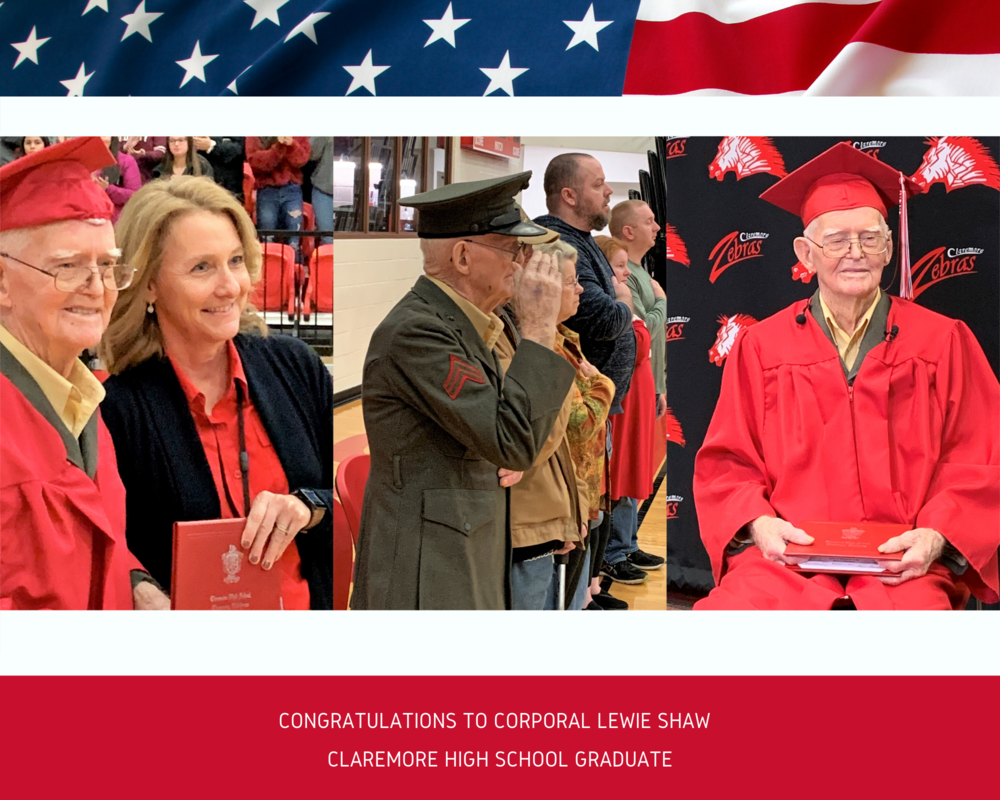 Mr. Lewie Shaw left high school to enlist in the Marine Corps and serve his country in 1943. Corporal Shaw’s combat service with the 4th Marine Division included battles of Tinian, Saipan, and Iwo Jima.   On a mission in Saipan, Corporal Shaw wounded by grenade shrapnel never reported it, so he could keep fighting the enemy.  Mr. Shaw returned home to Claremore after the War in 1946 and has been an outstanding member of our community.

At 95 years old, CHS added to that great uniform he so proudly wears by presenting him the graduation cap and gown he sacrificed 76 years ago to answer the call of duty to defend our Nation.  Based on the law passed in 2001, giving districts the ability to award WWII and Korean Vets their diplomas, they will also present to him his official High School Diploma.

Check it out in the media...