Laynie Arrowood showing off the sandwich she brought from home, a yummy Nutella sandwich! Perfect, and in time for November 3rd...National Sandwich day! 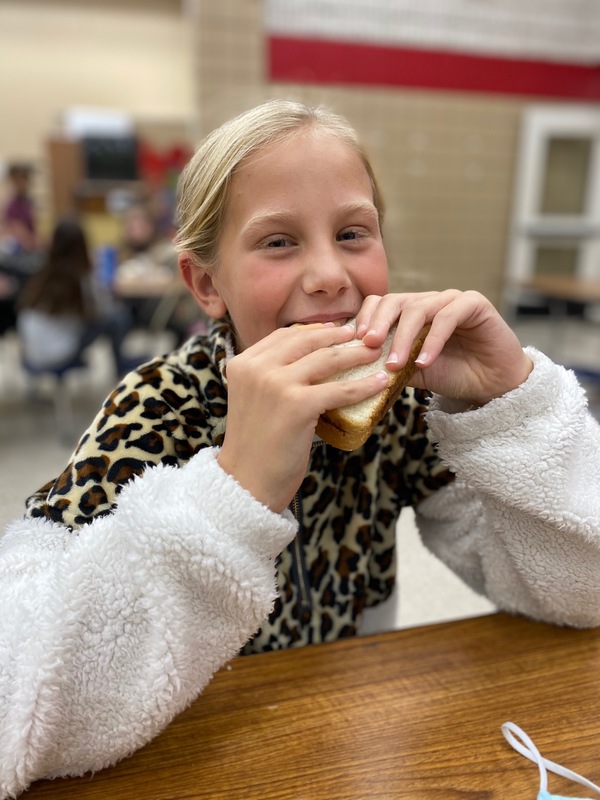 Though the combination of bread filled with cheese and meats has been enjoyed for years prior, the creation and naming of the sandwich has been attributed to the 4th Earl of Sandwich, John Montagu. In 1762 the earl, who was fond of gambling, asked his cook to prepare him a meal that wouldn’t require cutlery nor interfere with his 24 hour long gambling streak. The cook gave him sliced meat between two pieces of toast, which allowed the earl to have one hand free to continue his game.

Of course, neither the earl nor the cook were the actual inventors of the sandwich. It is said that prior to this aforementioned event, Mantagu had visited the Eastern Mediterranean and saw sandwiches served by the Greeks and Turks with their appetizers, and asked his cook to copy their methods for its convenience. By the Revolutionary war a few years later, sandwiches were a well established English meal. However, they didn’t make their way to America until they were included in an American cookbook in 1815.

The New Orlean’s Po’ Boy came around during the Great Depression during a streetcar worker strike. Two brothers who were former streetcar workers owned a sandwich shop and promised to feed any striking worker for free. Whenever a hungry worker would walk over to the shop, the clerks would say “Here comes another po’ boy,” which soon became the name of the sandwich itself. In Omaha, Nebraska, the Reuben made its first appearance. It was named after one of the players of a weekly poker game that took place in a hotel. The hotel owner decided to feature the sandwich on the hotel’s dinner menu and later, it won a nationwide recipe contest.