“It feels good to be recognized,” Harvey said. “I think the reason I got the scholarship is cause I didn’t go in thinking about whether or not I could do a class, whether or not it would be too hard, I just signed up for as many as I could and got interested in them.”

Academic All-Staters are selected based on academic achievement, extracurricular activities, and community involvement, as well as letters of recommendation and an essay submitted by each nominee.

David Boren, founder and chairman of the Oklahoma Foundation for Excellence, describes the selection of the scholars as "Oklahoma's most rigorous academic awards selection process."

Harvey has a grade point average of 4.0 and scored a 34 on her ACT.

Harvey is not only dedicated to her studies but also strives to make a difference in the community. Harvey volunteered for Safenet, Zoi’s Animal Rescue, the local food bank and is a member of the Rogers County Democrat.

“I didn’t really know it was a thing until last year,” she said.

Looking into the future, Harvey said she has always enjoyed chemistry and biology.

“I think I’m going to pursue medicine,” she said. “I think my major is going to be biochemistry or neuroscience.”

This passion was one she grew up with. Harvey said her mom, Dr. Lori Hyden, is a gynecologist and she spent many days in the hospital or in her mother's office.

“With that kind of schedule, you become very involved in that career,” she said. “My mom's practice has really enlightened me to a lot of real-world things about medicine.”

Harvey said although she is interested in medicine, she’s excited to see what doors will open for her in college.

“I haven’t done enough to know what I don’t know,” she said.

Harvey is waiting for decisions from 12 colleges.

“College is what you make of it,” she said.

Harvey said this award will serve as a morale booster when doubt creeps in and tries to tell her she’s not smart enough.

“It’s a reminder that I’m doing good and my work is paying off,” she said.

Harvey encourages everyone to stop putting labels on themselves.

Each of this year's All-Staters will receive a $1,000 merit-based scholarship and a medallion. The All-Staters will be recognized at the foundation's 35th annual Academic Awards Celebration on May 22, at the Cox Business Center in Tulsa.

Due to the COVID-19 pandemic, this year's Academic Awards Celebration will have limited attendance for the safety of honorees and their guests. The awards ceremony will be televised statewide on May 29 by OETA, the Oklahoma Educational Television Authority. 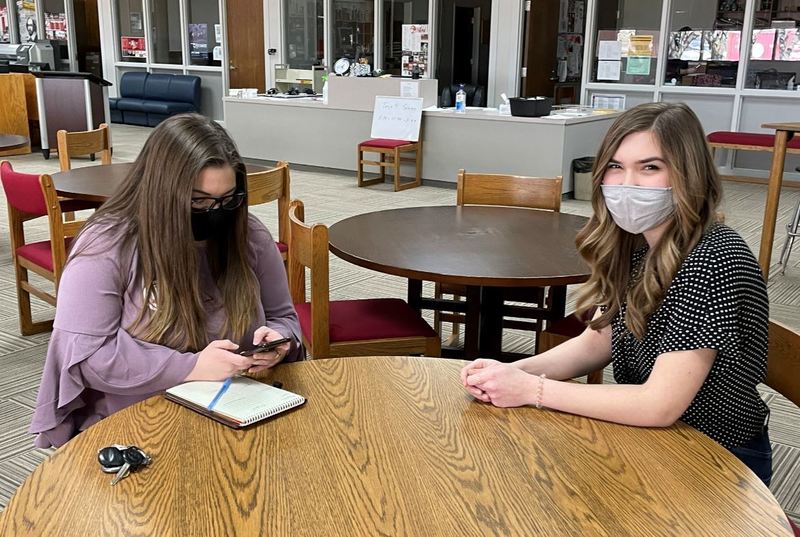