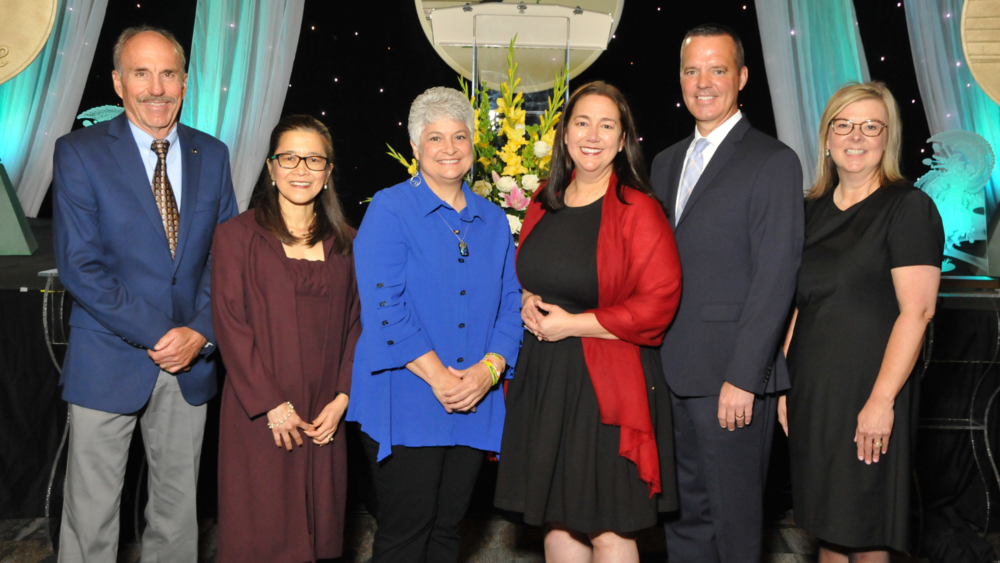 Claremore Educator, Michelle Rahn, to Be Featured on OETA

B. Wheetlock, OK Foundation for Excellence

OKLAHOMA CITY – Five outstanding Oklahoma educators and 100 of the state’s top public high school seniors will be recognized when OETA Public Television broadcasts the Oklahoma Foundation for Excellence 35th Academic Awards Ceremony at 3 p.m. Saturday, May 29, and 10 a.m. Sunday, May 30.

The celebration, recorded May 22 at the Cox Business Convention Center in Tulsa, is sponsored by the Oklahoma Foundation for Excellence, a nonprofit organization that recognizes and encourages academic excellence in Oklahoma’s public schools. This year’s ceremony was emceed by Tulsa veteran television news journalist Scott Thompson, a trustee of the Oklahoma Foundation for Excellence.

The broadcast will include Gruwell’s keynote address, “Be a Change Maker,” in which she recounts her journey as a rookie teacher at Long Beach, California, working with students whose lives had been plagued by gangs and violence. Gruwell’s innovative teaching methods gave new hope to students forgotten by a broken system, motivating them not only to graduate high school, but to aspire for college, become published authors and more. Inspired by the personal essays of Anne Frank, a Jewish teenager in hiding in the Nazi-occupied Netherlands, Gruwell’s students captured their collective experience in the book “The Freedom Writers Diary,” which inspired a major film in 2007. Inspired by her students, Gruwell began The Freedom Writers Foundation, which shares her unique teaching methods with educators and inspires young people to be change makers.