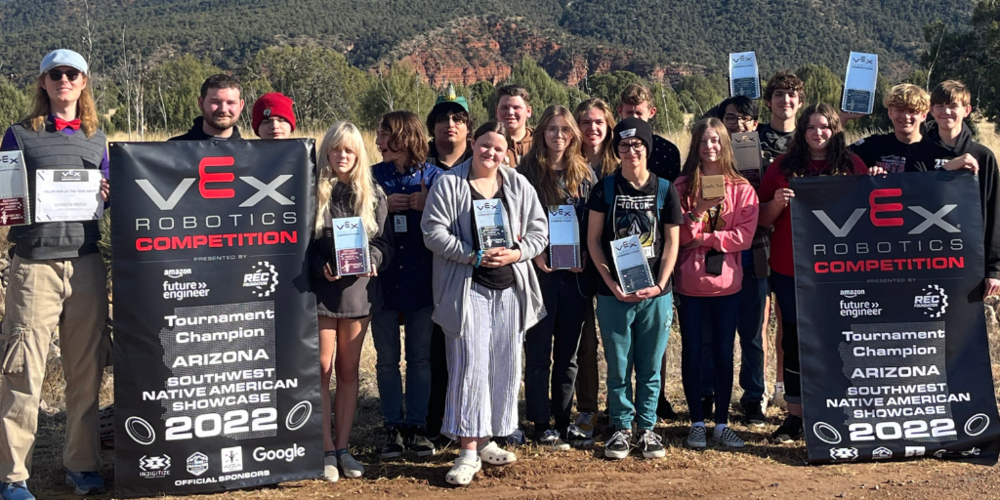 In addition to their stellar technical and design skills, Claremore was recognized for their positive attitude, good sportsmanship, and overall behavior throughout the event. Gannon Riggs won the Volunteer Award for his hard work and assistance at the tournament.

Team 9142A:  3rd place in Skills and was a tournament finalist; the team includes Jared Young, Kinsey Singer, Edward Alexander, and Ashton Keegan.